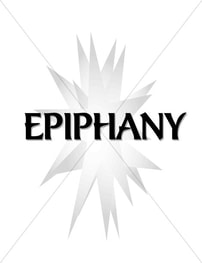 They come to us on and off, and most we remember for a few moments. But on that rare occasion one hits us so hard, is so real, it stays with us forever.

To say that I have had a complicated life would be an understatement. And, hence, saying I am a complicated person is as well. I am a far different person this stage in life. I am content and as peaceful as possible, but still feel that I have been “missing something” about myself. The feeling that I am supposed to be doing something, thinking something, feeling something that I just can’t quite put a finger on. Something that will put everything in its place and clear the path to the real happiness I have always yearned for. This feeling has been like a black mold that clings to my spirit and quietly infects everything that I do. Lying in wait until each time I have another episode of “What, when, where and who” rear its ugly head.

As the story goes, I was born to parents who each had their own struggles, never mind being the parents of a child born with serious health issues to make things more difficult. I was born with Spina Bifida, a somewhat common birth defect which in simple terms causes a hole to open in the spine during a fetus' development. Depending on where the hole is can usually predict how severe the issues will be.  The doctors in the small hospital back in 1968 were pretty sure I was not going to live, or be a viable person if I did. My mother, an incredible mix of strong and weak, wisdom and fear, left the hospital with me and took that challenge on the best she could. She was not going to let me die.
Fast forward fifty years and here I sit typing this on a cold winter’s day with my dog sleeping happily beside me. I am feeling overly tired and not “right,” but it is so far a typical day on the scale of my days. Another day when no one can really see from the outside how I feel inside. It is also a day when that epiphany decided to say hello yet again.

Recently, when this epiphany hit me again, I did something that I have only thought about over the years. I decide to reach out. I picked up the phone and when a female’s voice picks up I began talking: “Hi there, I am hoping you may be able to help me. I was born with Spina Bifida, had a bladder augmentation at thirteen, chronic urinary tract infections leading to a kidney transplant at thirty, diagnosed with IBD years ago, bile and acid reflux, found cancer in my transplanted kidney four years ago, diagnosed with Adrenal Insufficiency from being on a steroid for the last seventeen years ago and...”  She cut me off before I could finish, obviously knowing why I was calling and not needing to hear it all, which was good because I was feeling somewhat pathetic just saying it all out loud.

See, this is the problem. Somewhere along the way, maybe because of how my mother raised me, and maybe because of my natural personality…I have lived life as a “normal” person. I don’t remember ever actually deciding that, but there has never been a time where I was not just doing what needed to be done. College, work, paying the bills…The fact that I have felt horrid on many days and have spent more time sitting in doctor’s offices, having tests performed, getting needles stuck in me and waiting in the emergency room for one reason or another than most other things in my life is all  just part of my life. I was back at work ten days after my transplant…because it was just how it works in my world.

On the outside I have been just another person trying to make their way through life. In fact most people comment on how spunky and happy I seem to be, which always makes me laugh. The fact that I have felt  alone as long as I can remember…well, I have always just chalked that up to being different. I have understood that my health has played a role in shaping my life to a certain degree. Such as spending the summer of my junior year in high school in the hospital having major complicated surgery and never having the time to do what other kids of my age were doing. Hence, when my father said to me in my senior year, “So, what are you going to do with your life?” I had not had the time to really think about who I wanted to be. The decision I made has ultimately led me to where I am today, no doubt. And to this day I resent somewhere down below, probably where that black mold started, the fact that I was not able to have the luxury of having the space and time to make a real decision. Yes, I do know this, even without a certain popular epiphany.

I wanted to be an anthropologist, a wildlife biologist, a race car driver, a National Geographic photographer, a business owner, a famous artist…and so much more. I wanted to marry a Greek prince and travel the world…okay, well that one may have just been a teenage fantasy, but it felt real at the time! And I had no doubt that I could have done anything I wanted to in a different life, which is a curse if you think about it. At least that is how it felt.

I have also been aware, thanks to momentary glimpses of clarity that my health has contributed to different aspects of my life since that time. But, I have never really taken them seriously as an integral part of who I am most of the time. How much this defines me in feeling alone, misunderstood and like an outcast from most people I know and meet could be a book in itself . The people I know, friends and acquaintances, have no real chronic or serious health issues to the extent I have and that is how I have liked it…I guess. In fact, I have always hated being asked “How are you feeling?” everyday, as if that is the only thing I am and can be asked about my life. I have so much more to offer than being “that sick girl.” In fact, I have always felt incredibly uncomfortable around other people who live so deeply in their health issues that it defines them to everyone they know and to themselves. Support groups, constant talk about their issues…it makes me feel sick even when I feel okay. It makes me concentrate on worrying when I don’t want to. I have learned over the years to take things as they come and only allow myself to really stress about something for a short time.  As they say, worry changes nothing.

Yet, my life has been a constant stream of worries and fears. I have never had the chance to relax and know that things will be okay because something always happens sooner or later, and usually sooner than later. These days I rarely have one day without feeling terrible. I have tried to explain it, but until lately was unable. Then I realized it has been like living in constant high alert which takes its toll no matter how much it is part of the “background” of my life.

What I am incredibly aware of, and have always known is an issue, is that I am so very lucky. Lucky that my mother did what she did, that my step-mother was willing to care and be there for me, that I had great doctors when I  really needed them, that my ex-boyfriend of seventeen years was a nearly perfect match and saved my life when there was not much time left, and that I have had the ability to do what I have and have the experiences that I have. That my life has been so very amazing. Why is that an issue you say? Well, because the burden of being given the chance to live several times, and knowing I was capable of being all the grand things I dreamed of, was the cause of anxiety and depression for many years while I was finding my way. It was not until the last few years that I could finally forgive myself for ending up who I am…Not all that I could be in my mind. It was a long road, but the horror of watching my ex slowly decay in front of my eyes after he broke his neck shortly after we split up was heartbreaking beyond words. The experience of sitting in a room with so many people in different phases of paralysis fighting so hard to do the most simple things was humbling. Watching his long and terrifying fight to survive each day with only the ability to move his mouth and eyes was unimaginable. Knowing he saved my life and I was unable to do anything to help him was another guilt on top of the many I have carried. My being okay with the simple things and making sure I truly appreciate each day that he and others gave me was the forgiveness I allowed myself. Deep feelings and sentiments such as these are just a few of the many I have stored away over my life time and incorporated into my “normal” existence. Feelings and thoughts that I have never really shared with people who would really understand, because I was not sure there were any.

But, I am at peace these days, with myself and my life. And that is how I knew it was time to try. Because it is something that I wish for us all...

Definition of Epiphany
A:  (1) A usually sudden manifestation or perception of the essential nature or meaning of something
(2) An intuitive grasp of reality through something (such as an event) usually simple and striking
(3) An illuminating discovery, realization or disclosure.B: A revealing scene or moment.